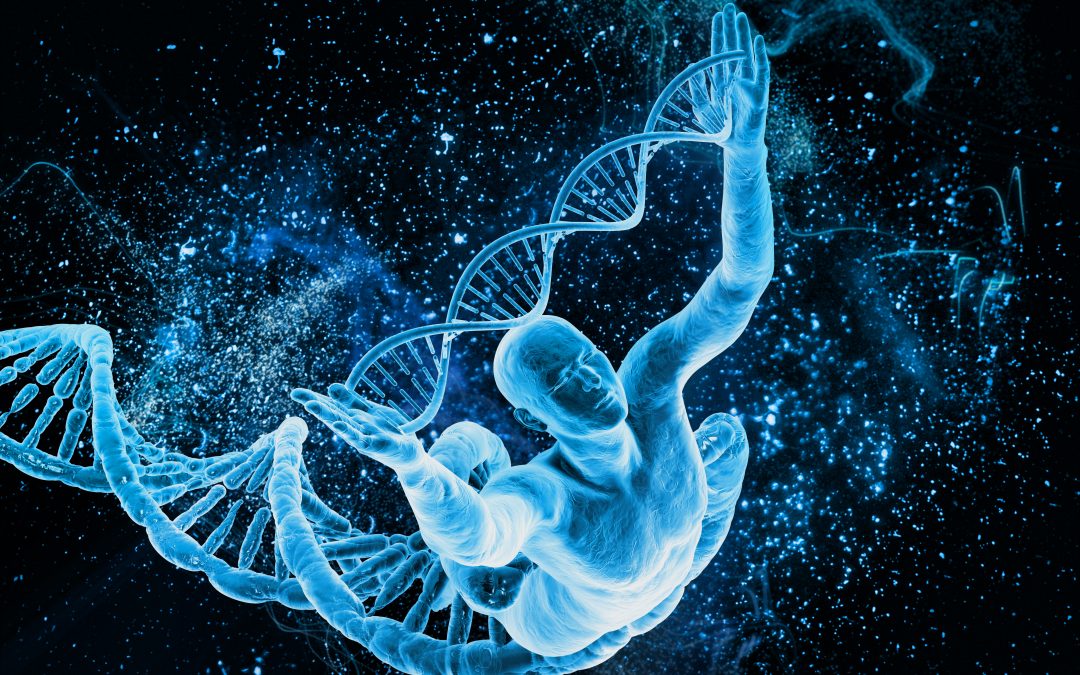 With all the technology that advanced science has, and the amount of research that is being put into discovering how and why the human body ages, we have learned much. One of the most recent discoveries is the action of telomeres, and its effect on the aging process.

Telomeres are ‘caps’ at the end of each strand of your DNA. They protect the DNA integrity of each cell in your body. Every time your cell divides, the telomere is shortened. This leaves less protection to that DNA strand. Scientists have used the analogy that the telomere is like the plastic tip at the end of shoe laces. The more worn out the plastic tip becomes, the greater the chance the shoelace will start to unravel.

With the telomere, sooner or later it will no longer be able to hold together the strand of DNA. When the DNA unravels, the cell ceases to function properly, which can cause cellular malfunction (disease) or cause the cell to die. Most cells have a “Hayflick Limit” of between 50 and 60 cellular replications. Then the cell dies, because it can no longer reproduce itself. Note: Amazingly, each of your cells has 194 telomeres.

You have approximately 75 trillion cells. Interestingly, 99% of your cells replicate. This replication process is called cellular mitosis. What may shock you is the number of replications that take place every day, every hour, every minute, even every second. The ‘average’ person in the prime of their life has around 150 billion replications per day. Or slightly over 100 million per minute or 1.7 million cells created per second.

NOTE: Your heart, nerve, and brain cells are the 1% of your cells that do NOT replicate.

When your father’s sperm fertilized your mother’s egg, you became a one-celled human being. The cellular replication process begun. Most people have seen a video of a human egg dividing, and then continuing to divide. Of course, this process never ends throughout life. But what is important to know, is the number of cellular divisions (mitosis) taking place in your body in comparison to the number of cellular deaths (apoptosis-a Greek word appropriately meaning falling off), determines whether you are aging, rapidly aging, or NOT aging. And now we know that you can actually REVERSE the aging process.

Throughout your childhood, you are creating hundreds of billions of new cells every day. You lose very few. That is why you go from a seven to eight pound baby at birth to a 100 pound child by the time you are around 13 to 14 years old. But you keep on growing until you are approximately 20 years of age, creating more cells daily than you are losing. In your twenties, the number of cells you create and the number of cells you lose are about the same. This continues for around a decade. Beginning in your early 30s you begin to show the signs of aging. Why? Because you begin to lose more cells (apoptosis) than you create (mitosis).

Much of the current scientific research is looking into how to protect the telomere. This is all  well and good. But there is a much better solution to the aging process, and that is simply slowing down mitosis, or cellular replication.

What we at The Healthy Protocol have discovered is the key to REVERSING the aging process. There are several facets to this process, but the most important one is creating an environment in which your cells last 3 to 4 times (300% to 400%) longer than ‘normal’. If there was a time span of 3 to 4 times longer than ‘normal’ or ‘average’ between each of the Hayflick Limit’s 50 to 60 cellular divisions, it would take you a VERY long time to lose your cells to apoptosis. If you could CREATE MORE cells daily than you lose, you would REVERSE the aging process.

This is one of the miraculous benefits/actions of Royal Velvet.

Thinking about this reality, imagine anything lasting 150 TIMES longer than ‘normal’. (NOTE: 3 times 50 replications is 150 times!) If the time between each cell’s replication is 3 times longer, then your cell would last 150 times longer. This is fact.

The Homeostasis Protocol is the only protocol or action that you can take that creates this ideal environment. The proof is in the pudding, so-to-speak. Taking on clients who were suffering from advanced stages of various diseases, including the ‘incurables’, many of those clients who did The Homeostasis Protocol are now in their 80’s, 90’s, and even beyond. Living high quality of lives, that they never thought possible at ages 30 to 40 years younger.

The key to reversing the aging process is The Homeostasis Protocol.